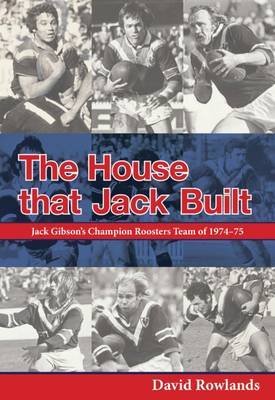 The Eastern Suburbs' rugby league team of the mid 1970s is widely regarded as the greatest team of the postwar, limited tackle era. Although they won only two premierships the 1974 and 1975 seasons it was more the way the team won that changed the game forever. Of course, the shadow of supercoach Jack Gibson looms large in this book. Gibson revolutionized rugby league when he integrated training methods from American grid iron to put his team of great players on another fitness level. Gibson, who passed away in 2008, is brought to life through the memories of the great players who played for those teams Ron Coote, John Peard, Bunny Reilly, Johnny Mayes and Russell Fairfax to name but a few. In the same way, Arthur Beetson 1945-2011 also takes pride of place in those great teams.